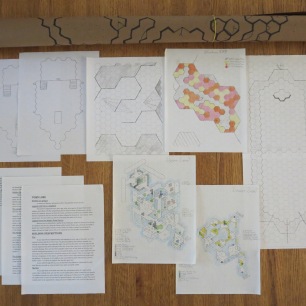 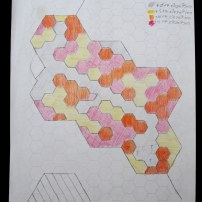 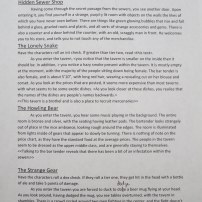 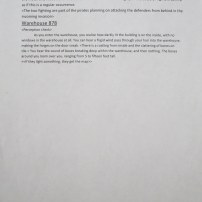 After my players had stopped a civil war, vanquished the evil organization of Cardinal, and investigated the murder of an important ambassador, their travels took them to the city of Crow’s Landing. The city itself was a massive traveling merchant city, formed by having many large zeppelins and blimps attached to each other, forming larger platforms for the people to walk and live on. The players were on their way to the city when they were ambushed by sky pirates. Oblivious to all foreshadowing, they picked up various side quests such as clearing the sewers of spiders and investigating Warehouse 878. After just a few days in the city, they found themselves under siege from the entire armada of the sky pirates. Forced to fight seemingly endless waves of pirates off, our heroes fought through them and into the capitol, where they found the mayor tied up and a pirate running away in a small dinghy. Jumping in one of the townsfolk’s airships, they chased after the retreating pirates.

For this campaign in particular, I was really focusing on the quality of the maps that I was providing the players. In previous campaigns, I felt that this was an aspect that needed improvement, which is why I put in additional work to increase the quality. In addition, as the play group was growing in size, the need for maps became evident as it was becoming increasingly hard to track where the players and the enemies were.

I graduated from the Universty of Southern California with a BA in Interactive Media and Game Design. Besides creating (and playing!) games, I compete in American Smooth and Rhythm Ballroom dance. Additionally, I am a musician and have played the piano since I was 6, and the French horn since I was 10.